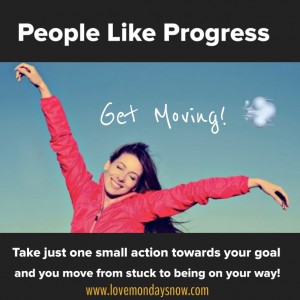 People feel stuck when they have set goals for themselves but don’t feel as though they are making any progress towards them.

Sound familiar? I have conversations with clients when they’re feeling stuck and here is how I help them get into flow instead!

Firstly, the feeling of being ‘stuck’. OMG Urgh! Worst! I’m sure you’ve felt it at different times in your life, I most certainly have and it’s terrible!

To me the feeling of being stuck has energy like dead water! Have you ever tried to row through or get anywhere in dead water? No? Well I have and it’s not fun. The water is definitely not going anywhere even with you in it and it only collects rubbish.

The good news? Getting unstuck can happen a lot faster than you think. As soon as you do one thing, it can be tiny, that moves you towards your goal WOW you feel completely different. It’s quite amazing and that’s why I always like to do something that is moving towards my top 3 goals so they are constantly in flow and I feel like I’m movin’ and groovin’.

You can either make a commitment with yourself and jump in and do what you know you have to do, (and probably should have been doing for a long time, like me right now.. I’m a writer and haven’t written to people outside of my current client group for too long… so hello again here I am!)

Or there is something you need to do before you can move.

When feeling stuck, you can come up with lots of reasons why you can’t move and often blame other people or situations that are outside of your control.  Sound familiar?

Why do people do this? Because there is an underlying fear or belief associated with keeping them from moving and they make up reasons why they can’t make it happen and can’t move forwards. Putting the blame outside of themselves, means they are a victim, powerless to change and therefore stay stuck and ultimately don’t have to do anything except continue complaining.

The reasons and excuses people come up with, frustrate the hell out of them e.g. my husband never does what I want him to do or if only my boss gave me a raise all my money problems would disappear.

Ultimately, they are just frustrated with themselves that they are not getting what they want.

I’m yet to see a client fail to get unstuck from moving through the following process:

Question to ask yourself when feeling stuck: ‘What are you afraid of happening if you got what you wanted?’ If you honestly answer this question, many interesting answers will surface.

For example, one client of mine really wanted to have a baby but wasn’t taking any of the actions to make it happen and blamed her husband! What did she fear? Living on only her husband’s income which she wanted to avoid at all costs.

Another client of mine wanted to move his family back to his hometown by the beach but wasn’t taking any of the actions on his list to make it happen and blamed his wife. What did he fear? That if they moved there his wife might not get a job and then that will be all his fault. They would be on only his salary which was lower than hers and he didn’t think he could handle that – especially with her spending habits!

What can you do once you’re honest with your truth? Stop making up excuses and…

Own it and communicate it. Open up, be brave and vulnerable and share the fear with your partner or the other person. They might be afraid of the same thing or something else, or not worried about it at all. From doing this you have the opportunity of getting closer, more connected and you can discuss what you would do if the thing you fear did happen. Is it a deal breaker or could you handle it together?

Or if it’s a limiting belief that’s keeping you stuck, check in to see if it’s a fact.

Example excuse: “I can’t make the basketball team because I’m only 6 foot 2.”

Challenging question: Has there ever been a basketball player in the NBA who was an amazing player and only 6 foot 2?

Well there you go, it’s ‘possible’ and now you can use that player as inspiration and stop using height as an excuse of why you can’t do it. Most of the time people will immediately come up with several more reasons… until they exhaust themselves, give up and give in, and finally take action.

If you currently feel stuck and would like to have a chat with me to help you understand what’s really keeping you stuck, and instead get you moving, give me a call today to get started.

Until then, happy progressing

View all posts by Jacqueline Pigdon →

Jacqueline Pigdon is The LOVE MONDAYS Expert! A spiritual life & career coach, author, Australian rowing champion and award winning entrepreneur! Beginning her career in corporate IT and as an elite sports person she knows firsthand how to achieve goals and make a successful and fulfilling career transition. Jacqueline has dedicated her life to helping other women all around the world do the same and create a career and life they love!